This solo show had its premiere in New York City at the United Nations Dag Hammarskjold Library as a launch for the International Year of the Child (1986). This humorous, tender, dramatic collage evokes memories of infancy, childhood, adolescence and young adulthood..

Hailed as a classic in Black theatre, this chronicle of the African-American experience uses poetry, prose, and song to tell the story of survival after the slave auction block and to recount present day struggles and triumphs..

Vinie Burrows resurrects Rose McClendon, the premier African-American actress of the Harlem Renaissance. There are no biographies, books, plays, and few if any, scholarly dissertations about her. In her heyday, McClendon was compared to the renowned Italian actress Eleonora Duse and often referred to, as the 'sepia Barrymore'. However, she has been lost in the annals of theatre history until Vinie tells her story.

Vinie developed her extensive repertoire of African oral literature during her many trips to the continent where she learned to master the Griot art of storytelling.

A celebration of the triumphs and tribulations of women of all ages, backgrounds, and religions in villages and cities world-wide. From Soweto to Appalachia, this solo theatre piece is a stunning mosaic of testimonies and narratives of and about women. - written by men and women.

DAUGHTERS OF THE SUN 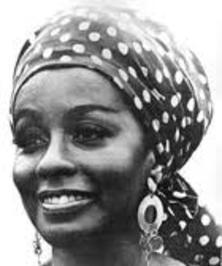 A CHILD IS BORN

WALK TOGETHER CHILDREN: the Black scene in prose, poetry and song

The lyrical, passionate, satirical lament of an African village woman, who berates her college-educated husband for recklessly renouncing all the customs and traditions of his people.

BLACK ON BROADWAY: The story of Rose McClendon